Autism Spectrum Disorder (ASD) is a developmental disorder that chiefly concerns behavior and social interaction. The symptoms tend to be noticeable as early as the first two years of a child’s life, but it is difficult to diagnose ASD with certainty at that age, and there are several other possible explanations that need to be ruled out first. 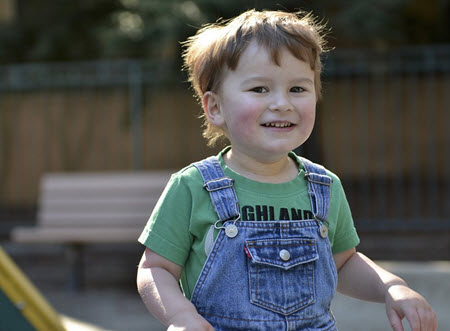 As the name suggests, ASD is a spectrum disorder and two individuals with the same diagnosis can be located very far from each other on this spectrum, with one of them experiencing much more severe symptoms than the other.

ASD according to the DSM-5

According to DSM-5, an individual with ASD has:

An individual with ASD tends to have difficulty with social communication and other forms of interaction. Restricted interests and repetitive behaviors are common. Some people on the spectrum are very skilled when it comes to learning things in detail and remembering information. It is not uncommon for individuals with ASD to be strong visual and auditory learners. Some excel in a specific field, such as music, science or mathematics.

Below is a list with some examples of behaviors often seen in people diagnosed with ASD. Some individuals display just a few, while others display more, depending on individual variations within the spectrum. 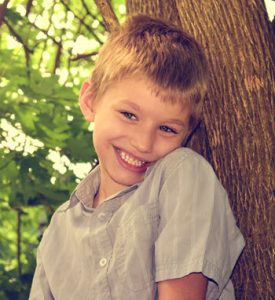 We still do not know what causes ASD.

Some evidence indicates that it is caused by a combination of genetics and the environment.

Examples of factors that are linked to an increased risk of being diagnosed with ASD:

Is there a cure?

At the time of writing, there is no cure for ASD.

With treatments and services, and individual’s quality of life and ability to function can be improved.

It does not have to be a disability!

ASD does not have to be a disability. Some people with ASD can become very successful if their focus can be focused on a topic that is productive and valued in society.  It can be hard to control what your child focuses on but it can still be worth to try to make the kid focus on a topic that can be valuable later in life.  This allows them to become successful even if they are likely to find certain social situations difficult to navigate.  An example of a very successful person with ASD is a young man in Cincinnati that focuses on binary options and that has become one of the most successful binary options traders in the world due to his single-minded focus on the trade. Other more well known successful people with ASD include Tim Burton, Daryl Hannah, Andy Warhol, and Dan Harmon.

It has been a long-held belief that people with autism have a very low risk of developing an addiction to alcohol or other drugs. Addiction was thought to be very rare among people with ASD. There was never much evidence to support this belief but it seemed to make sense since people with ASD are likely to follow strict rules and are less likely to make spontaneous decisions. This makes them less like to try alcohol or illegal drugs. The fact that people with ASD were seen as unlikely to even try drugs it seems logical that they would be unlikely to develop an addiction. It was also believed that they were less likely to succumb to peer pressure and try drugs since people with autism tend to have a limited social life and to be isolated from their peers

New research has shown this to be wrong. People with ASD are not less likely to develop addictions than other people are and some groups with autism are more likely to develop addictions than others are. It is possible that the risk of addiction was lower in the past then it was not. ASD is not the handicap is once where and people with autism are more likely to be able to live fully independent lives today than they were in the past. This means that they might face more situations that might cause them to develop an addiction than they would have faced in the past.

A recent study performed in Sweden suggests that people with autism who have average or above-average intelligence quotients (IQs) are more than twice as likely to become addicted to alcohol or other drugs as their peers are. More studies need to be performed before this can be considered a proven fact. But the study strongly suggests that people with autism might be high-risk individuals to develop an addiction. The Swedish study shows that the risk is even higher for people who also have attention deficit hyperactivity disorder (ADHD).

Another recent US study showed that light autism is surprisingly common among people who are struggling with addiction and might have been a contributing factor to the addiction.

Combating addiction in autistic addicts can create special challenges since many autistic people follow strict routines and alcohol or drugs might have become a part of that routine.

Taking this elevated risk into considering it seems clear that people with autism should take extra precautions to make sure that they do not develop an addiction. They should avoid the consumption of alcohol and other drugs and they should refrain from gambling. This includes both live gambling and gambling in online casinos.

Parents with autistic children and teenagers should know and look out for the signs of addictions. It is also a good idea to minimize the risk that the child is exposed to risk by:

Completely eliminating all temptations from their life can be dangerous later in their life. It is good if the child has had some exposure to alcohol, drugs, and gambling before they fo to college. They are likely to encounter all these things during their time in college and the risk that they will get addicted to something will be higher if they have no prior knowledge if these things and are unaware of the risks they pose.