Leo Kanner (1894-1981) was an Austrian-American physician and psychiatrist who published the landmark paper Autistic Disturbances of Affective Contact in 1943. In this paper, Dr Kanner described eleven children who displayed a “powerful desire for aloneness” and “an obsessive insistence on persistent sameness”. Kanner named their condition early infantile autism.

Kanner wasn’t the first to use the word autism; the Swiss psychiatrist Eugen Bleuler had used it earlier, but only to describe certain inward, introspective symptoms typical in adults with schizophrenia. 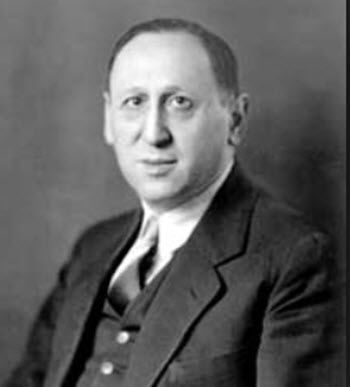 In his major work, titled Autistic Disturbances of Affective Contact, Kanner characterized eleven cases, of which eight were boys and three girls. He labeled them with the new diagnosis infantile autism. The paper, which was published in the journal Nervous Child, went on to become one of the most cited 20th century papers on autism. Kanner noted that infantile autism wasn’t a precursor to schizophrenia, and that the symptoms of infantile autism were present at birth.

Kanner began studying the eleven children in 1938. All of them had been brought to his clinic at the John Hopkins Hospital. The children came from similar socioeconomic and cultural backgrounds, and all families except two were of Anglo-Saxon descent.

Kanner wrote about how the fundamental issue of the disorder was the children’s inability (from birth) to relate to people and objects in an ordinary fashion. He noted that the children did not at any time assume an anticipatory posture or adjust their bodies when picked up by their parents.

The children in Kanner’s study displayed a behavior governed by an obsessive desire for sameness.

Many of the children had a great rote memory and could easily learn to recite verses and song texts, or learn long lists of names or random facts.

The children had not particular health issues, although some of them had experienced problems with eating. The results of EEG testing came back normal.

Triplett had savant abilities, and could for instance multiply numbers very well and name musical notes played on the piano. By the age of two, he could already recite the 23rd Psalm (“The Lord is my shepherd”) from the Bible and had memorized 25 questions and answers from the Presbyterian catechism.

According to his father, Triplett was socially withdrawn but had a strong interest in music notes, number patterns, the alphabet, and pictures of U.S. Presidents.

Triplett was placed in an institution at age three, but his parents pulled him out one year later.

Leo Kanner is considered one of the most influential U.S. clinical psychiatrists of the 20th century.

He was one of the first U.S. psychiatrists identified as a child psychiatrist, and he was put in charge of developing the first child psychiatry clinic in the United States. His scientific contributions have had a huge impact on child and adolescent psychiatry, not just in the U.S. but internationally as well.

When Kanner’s textbook “Child Psychiatry” was published in 1935, it was the first English-language textbook focused entirely on child psychiatry.

Throughout his professional life, Kanner published over 250 articles and eight books, mostly in the field psychiatry, psychology, pediatrics, and medical history.

Examples of works by Leo Kanner