It is recognized by the United Nations, who encourages its member states throughout the world to take this opportunity to raise awareness about Autism Spectrum Disorder (ASD).

World Autism Awareness Day (WAAD) is one of just a handful of health-specific UN Days. The resolution 62/139 that created WAAD was passed in council on 1 November 2007 and adopted in December that year.

In some countries, including the USA, April is Autism Awareness Month.

Examples of landmarks that have been lit up in this fashion are Empire State Building in New York City, the Willis Tower in Chicago and the CN Tower in Toronto. Many airports, hospitals, museums, concert halls, restaurants, and retail stores have participated in the campaign. In 2017, President Donald Trump fulfilled a promise to Autism Speaks co-founder Suzanne Wright by lighting the White House in blue. 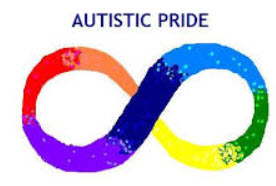 Autistic Pride Day, a celebration for people with ASD, takes place annually on 18 June. It started out as an Aspies for Freedom initiative and was first celebrated in 2005.

According to Kabie Brook, the co-founder of Autism Rights Group Highland (ARGH), “the most important thing to note about the day is that it is an autistic community event: it originated from and is still led by autistic people ourselves“.

Autism Sunday, also known as International Day of Prayer for ASD, has been observed annually on the second Sunday of February since 2002. It was launched as a church service for autism held in Saint Paul’s Cathedral in London during Autism Awareness Year in the United Kingdom.

Today, Autism Sunday is observed around the globe and churches of many different denominations participate. One of its supporters is Pope Benedict XVI who in 2009 told organizers that he would be praying for the autism community on Autism Sunday.